To Keep Me Engaged, Make It Meaningful

I believe that consumer tracking devices such as the Jawbone Up and Fitbit can have a long-term positive impact by helping people to establish healthy behaviors and habits. However, at the handful of consumer health oriented conferences I’ve been to, there is always a loud voice of skepticism from health care professionals who claim that all of the evidence suggests that they don’t result in lasting change; people use the device for a month and then it goes into a drawer and old habits return. What I have not heard a lot of in response to these skeptics is how the complete application experience of these various devices is being architected for long-term engagement and behavior change.

So with this “use-it-until-the-novelty-wears-off” problem in mind, I’ve been studying some basic behavior economic and behavior/habit design principles presented by a variety of well known researchers and authors in this space such as BJ Fogg, Dan Ariely, Daniel Kahneman, and others. How can wearable devices leverage all of this behavior research to create more long-lasting engagement and behavior change? This post and others I plan to write represent some of my thinking in this area.

I like my Jawbone Up, it is a great wearable tracking device that has benefited me in a variety of ways, but the experience would be much more engaging for me if wearing it allowed me to more directly participate in something bigger… bigger than me.

I know that there is a direct relationship between my use of the Up, and my personal commitment to living a healthy life so that I do not contribute to the national epidemic of preventable chronic disease.  I.E. there is for me a clear intrinsic reward – I am doing my part.

But it would definitely be easier to stay engaged day-in and day-out, month after month, if there was a more directly quantifiable prosocial benefit to help keep me inspired. And it would be icing on the cake if the Up became well known for it’s prosocial agenda so that my fragile ego could get a boost as my Up subtly communicates my efforts.

I originally bought the Up as a technical experiment – a simple, somewhat geeky, but somewhat cool looking device to track my steps. For the previous year or so I had semi-regularly used another activity tracking device, the Fitbit, that I wore hidden away, clipped on my waistband. I got the Up because I was interested in comparing the two devices and somehow the Up quickly became a habit for me in a way that the Fitbit never did. It had been a struggle for me to remember to wear the Fitbit every day, often times I would lose it for days only to eventually find it in the laundry basket (btw, you get good step counts from a washer/dryer cycle). I never had this problem with the Up and have now gone more than 4 months wearing it regularly.

The Up is worn on your wrist, a very visible location, and as such it is a bit of a conversation starter. There are a variety of reasons that I think the Up has worked out better for me than the Fitbit did, but I do believe this conspicuous/visible aspect of the device and the associated social effects are part of the story. But the story could be better: instead of the conversation being about how the Up helps me, I’d rather be discussing how it allows me to help others.

This post is not meant to be a comparison between these 2 trackers though, I’ll do that later. I’ll use the Up as an example, but I’m actually here to describe one way that I think either of these devices could be so much more than they currently are, which I would describe as kind of geeky, quantified self tracking devices.

But first, let me digress just a little and brag about my Prius…

I cringed in 2006 when I traded in my beloved Jeep Wrangler – my fun, outdoor, tough-guy car – for a Prius. 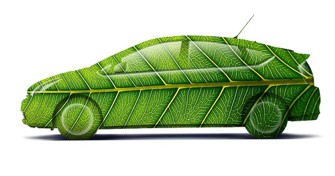 I was going to miss my Jeep, but I had something bigger on my mind. The war was raging in Iraq in the summer of 2006 and while I was trying to understand why we started a war in the Middle East, G.M. was trying to sell Hummers and other gas-guzzlers by offering to subsidize the cost of gasoline. I was enraged and very vocal about how screwed up our society was. A quick check at the pump however and I realized my precious Jeep was getting a mere 17 mpg. Uh oh.

I bought a Prius for the environment and to do my part to help us get off of our oil addiction, at least I thought that is why I bought it.

In his 2011 paper titled “Conspicuous Conservation: The Prius Effect and Willingness to Pay for Environmental Bona Fides”, Steven E. Sexton (PhD candidate at Berkley) studied car purchase behavior and concluded that  conspicuous altriusm was a contributing factor in Prius purchases. There has been a ton of research on the impact of intrinsic vs extrinsic rewards and motivation, but this concept of conspicuous altruism is an important added dimension. In his paper, Sexton mentions results from a New York Times survey reporting that 57% of Prius buyers said their main reason for choosing the Prius was because “it makes a statement about me”.

So it seems likely that there was more going on in my head than a purely rational decision to purchase a car with the best fuel rating available. In hindsight, I could have made an equal or better impact on my carbon footprint by deciding to take the train to work or riding my bike more. But instead I paid full sticker price and waited 3 months to get my odd-looking Prius.  Why? It turns out that I was doing more than conserving oil, I was making a statement. I was joining the movement – and I even got my own lane to drive in on the freeway – look at me, I’m doing the right thing.

So, you ask, what does a Prius have to do with wearable tracking devices? Well, in addition to our addiction to oil, we also have an addiction to Big Macs and couches that will soon  bring our economy and government to it’s knees if we don’t do something about it.

I’m thinking the wellness movement can learn a few lessons from the environmental movement. I’d like to be able to brag about my Up the same way I do about my Prius, so here is a rough sketch of my idea, the Step Up to Give program…

Step Up to Give

“Step Up to Give” is an opt-in feature of the Up experience that allows users to translate their healthy behavior activities into contributions to one of a couple of causes that Jawbone has chosen to associate itself with. Up users would pay to participate, their payments would go directly to the cause they select in the form of donations that Jawbone makes to specific charities supporting the cause – with a few fun twists.

Let’s take childhood obesity as an example of one of the possible causes that Jawbone might choose. The program costs me $10 a month to participate, all of the money I pay will end up being donated by Jawbone each month to childhood obesity charities, but the portion of the  total monthly donation that will be in my name is going to be anywhere from $0 to $15.00, depending on how well I am tracking to my goals.

On a daily basis, if I meet my step count goal, $0.50 is added to my monthly donation. This means that if I meet my goal every day of the month, $15.00 will be contributed in my name. That is 50% more than I contributed. If I meet my goal only 10 days of the month, then only $5.00 gets attributed to me, the rest of the $10 I paid will go into a pool of funds that will be allocated to others who are meeting their goals more than 20 days a month.

As the days and months go by, I get clear visibility to my contribution and the total contribution by all Up users. That feels good. When I am trying to decide to get out and walk those final 1k steps to reach my daily goal, the extra incentive may help. The $10 hitting my credit card every month is also hopefully going to remind me to put the Up on my wrist every day before I leave the house.

My daily step goal is only partially under my control. An initial goal is set based on my profile data and then every month the set point adjusts based on my personal statistics from the previous month. I can adjust it up or down only within a small range of this set point. This keeps the goal real and motivational and prevents the system from being gamed by allowing a user to set it too low.

Suddenly we have got a community that I am a part of, a gamified experience, and a way for me to earn some serious bragging rights. When I see another person wearing an Up on their wrist, I’ll likely ask if they are in the Step Up to Give program and start a conversation. The geeky tracking device on my wrist will stop being so geeky and start becoming a symbol of my participation in a prosocial cause.

Notice that I am not suggesting a program where people are somehow getting extrinsic rewards such as payments for participating in a wellness program. The research has indicated that this could actually hurt motivation in the long run. Instead, Step Up to Give is a program where members have to pay to participate, it is an intrinsic reward-based program.

How does Jawbone finance any matching funds that they may need to contribute to keep the program working if all participants meet their goals every month? I don’t know, I don’t care, I’ll let their finance team figure that out 😉 Just think about the marketing upside. Jawbone can trumpet the statistics for how much money their community has contributed, how much they matched, and hopefully – how the childhood obesity statistics are looking better as a result.

I’d go so far as to buy a special edition Up in a bright obnoxious color that costs $120 more than the standard Up if it came with a one full-year subscription to Step Up and Give.

I think that funky colored Up would look nice on me as I’m driving my Prius around town.

2 Responses to To Keep Me Engaged, Make It Meaningful